The Smart Crossing by Direct Line

To create the world’s first responsive road. Led by the team at Umbrellium in association with Saatchi & Saatchi on behalf of Direct Line. We set about designing an expansive 22m x 7.5m digital road surface that responded dynamically in real-time to make pedestrians, cyclists and motorists safer and more aware of each other. The surface needed to handle any weather condition thrown at it as well withstand the weight and constant stress of up to 2 tonne vehicles driving over it. We also needed to visibly differentiate the road from the footpaths and ensure content was still seamless across the entire surface. The system design needed to capture 4k at 25fps and output at 50hz across 4 1920×1080 displays. 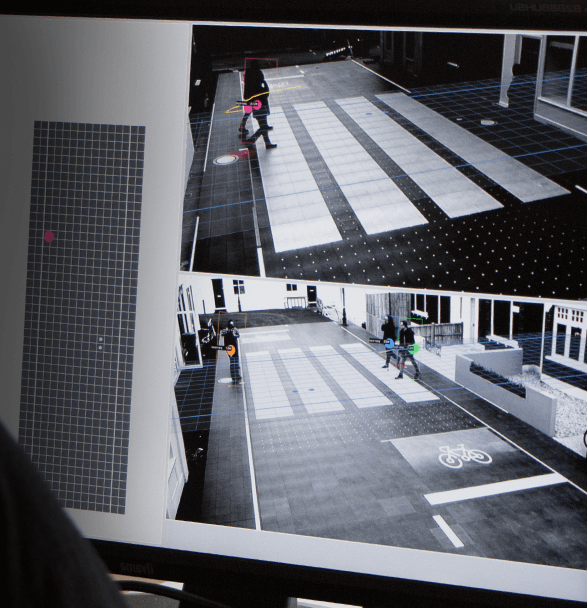 The 22m x 5.5m main road surface was made up utilising Uniview’s 6.2mm LED floor tiles, which are IP65 rated and can withstand a weight of 2 tonne per square metre. We then used Uniview’s 7.8mm LED floor tiles for the two 22m x 1m footpaths which ran parallel to the main surface. The Uniview 7.8mm product was again IP65 rated, however can withstand a weight of 2.5 tonnes per square metre. We were able to capture Umbrellium’s 4k camera feed at 25fps and split into 4 full HD sources over HD-SDI into our 2×4 D3 Media Server, whilst genlocking via a Nanosync HD. Output from the D3 server was then handled via 4 Datapath FX4’s and then genlocked at 50hz before being distributed across 8 Novastar MCTRL660 LED processors. The D3 Media Server was able to map across the two different pixel pitches seamlessly. In total the solution generated a minimal 3fps of lag from source to surface to ensure the digital road surface reacted in real time with the camera capture. 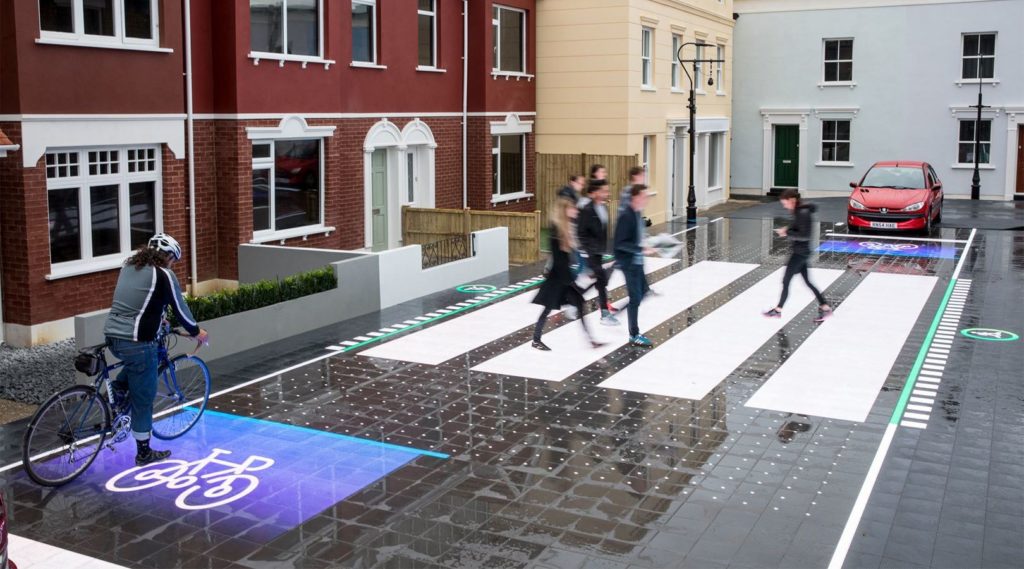 The opportunity to use technology far beyond it’s intended use for a greater purpose is essentially the core ethos of Immersive AV. We delivered above and beyond the initial outline brief and designed a bullet proof system which could handle the long filming days and rigorous testing. Our ability to innovate whilst being budget conscience were tested to limit on this project, however the results were as spectacular as the idea at it’s core.